George Lehmann & Robert Peterson with the Nixon Limousine
Thanks to Perry & Peg Peterson for these photos and information. 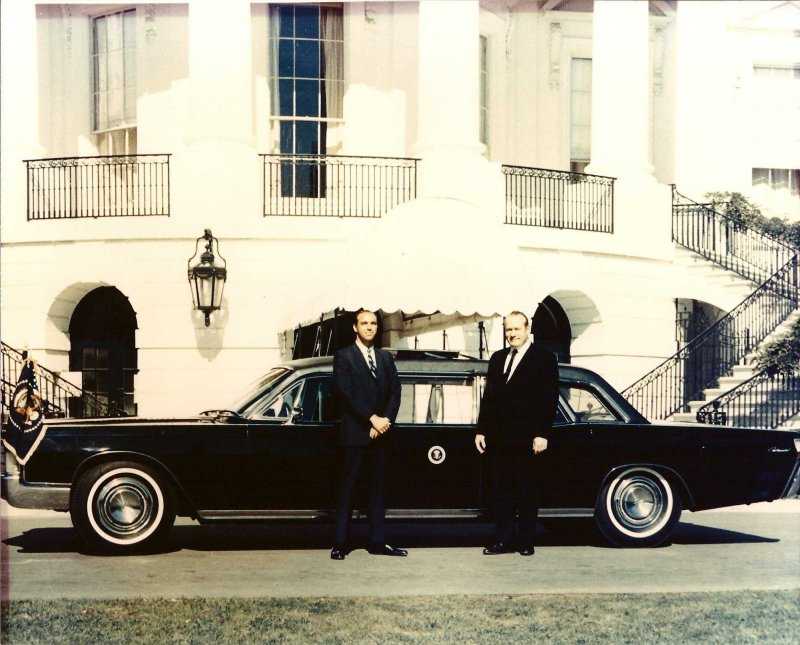 Robert Peterson with President Johnson
(Although commonly known as the Nixon limousine it was actually accepted by President Lyndon B. Johnson in 1968) 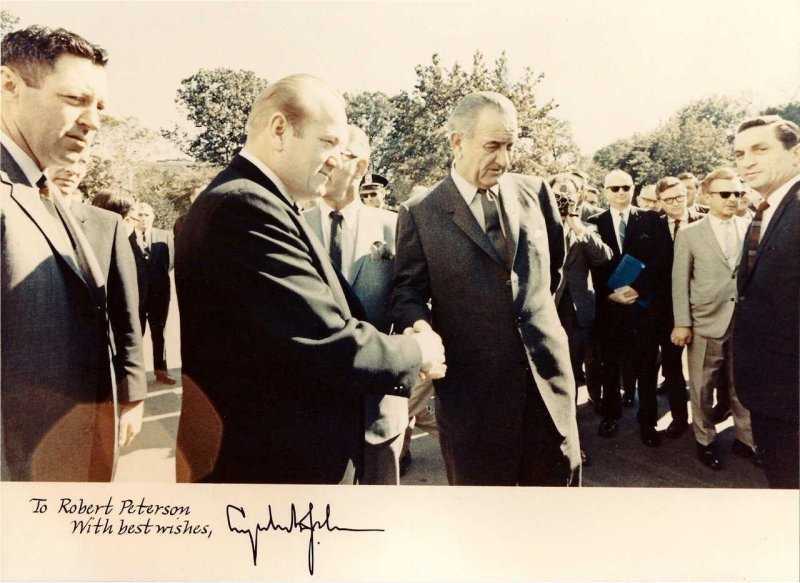 
Harvey Schofield
Harvey passed away on April 30th, 2010 at age 74.
We thank him for all he has done for Lehmann-Peterson limousines.