This page features individual (and proud) owners of Lehmann-Peterson Limousines.
(Some miscellaneous photos also on this page) 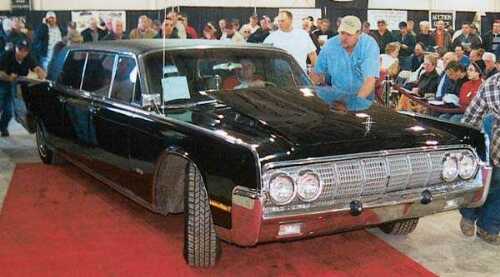 1964
Chad Hunt's 1964 Lehmann-Peterson from Morgan Hill, California.
One of the earliest known to exist.


1965
Owned by Dan Howard in Tulsa, Oklahoma
Purchased in November 2004 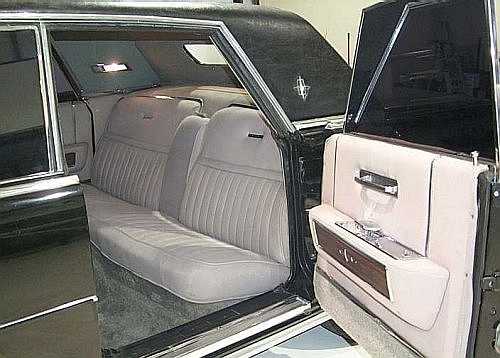 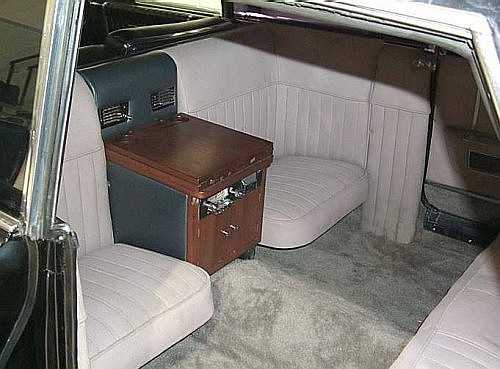 1966
Thanks to Roberto Santa Cruz from Mexico for this photo and information.


Anthony who lives and works in England bought this car in 2001 in the
Phillippines (as seen on display in the bottom photo) and made vast
interior and exterior restorations. The car is still in the Phillippines so
Anthony was only able to work on it when he returned for Holidays.

(Anthony's 1966 prior to his purchase in 2001 and interior restorations)

Thanks to Irwin Kho in the Phillippines for this photo taken
at a local motorshow, the car belongs to a Limousine rental service.
Irwin notes that it has a Cornell University sticker on the windshield
and beleives it to be from somewhere on the east coast within the New
York State area, probably arrived in the Phillippines around 1989.

1966
Owned by Heikki Salmela in Finland.


Heikki mentions that the car was imported from California about
1989 and he purchased it in 1992. This car is one that was not on
the VIN list, so great to see another Lehmann-Peterson survived!

1967
Owned by Ralf in Germany, previously was located in Geneva, Switzerland. 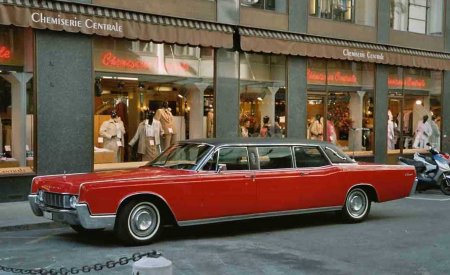 
(Thanks to Phil Skinner for this photo)

1969 Rear Compartment
With walnut bar and "Conversation Seating". The side armrests lift for
a lighted storage, or the customer could order a bar or ice chest instead.

1969
Owned by James Storck of Storm Lake, Iowa
Be sure to visit Jim and his brother John's Lincolns by the Lake site.


This car has a rare option of a 2 inch rise in the roof.
Lehmann-Peterson produced only 3 limousines of this type.

1969
Owned by Greg Ryckman in Ontario